we will do it together 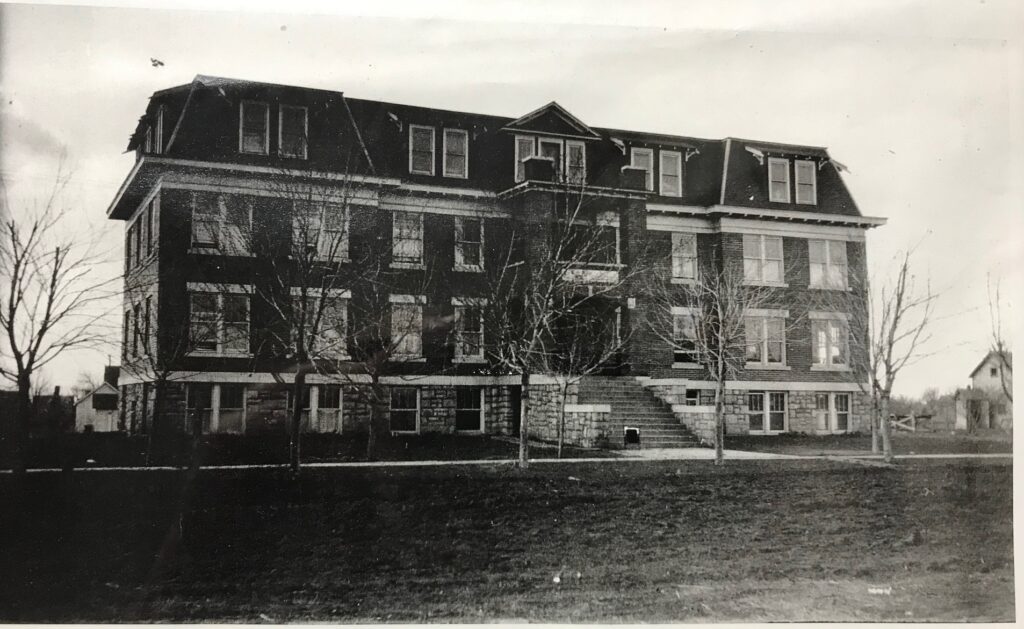 The property at 415 S. Main in Hillsboro, KS, where Main Street Ministries, Inc. is located today, has a long history of service to others, and has been transformed in both mission and purpose over the years.

Original construction began in 1917, when Salem Home (for the Aged and Friendless) and Hospital decided that more space was needed, more the original building outside the township could provide.  The 1917-1918 construction was supported financially by the City of Hillsboro and the churches within the community and surrounding Marion County area.  Salem Hospital attended to the sick and infirm from 1918 to 1956 at this location.

In 1956, the construction was completed on a “new” hospital that could more effectively serve the growing community.  Remodeling plans to change the “old hospital” at 415 S. Main into a Home for the Aged were immediately made, and in late November 1956, the process began.  In May of 1957, the remodel was complete and the nursing home residents moved in.  From 1957-1975, this property served in the capacity of “Nursing Home/Home for the Aged”.

A Mission on Main Street

A year of Rebirth

From 1975-1990, after a brief attempt to recreate the building as an apartment complex, the property sat vacant and fell into disrepair.  1990 would become a year of rebirth for the building and property, when a local pastor challenged his congregation with the question, “Is God calling us to do something at 415 S. Main?”

The answer was “yes”.  God called several community members into action.  Once group began to put a restoration plan into place, while a young couple with 5 children developed the first action plan for a “mission” of Main Street.

Originally, the building was open to anyone in need, allowing for safe housing at no cost.  A furniture and clothing store house was developed, along with a Food Bank, as a way to serve not just the people living on the property, but people in the surrounding communities as well.

From 1991 to the present, Main Street Ministries, Inc. has served people in crisis.  As directors and leadership changed throughout the years, God’s mission stayed the same.

Where we are now 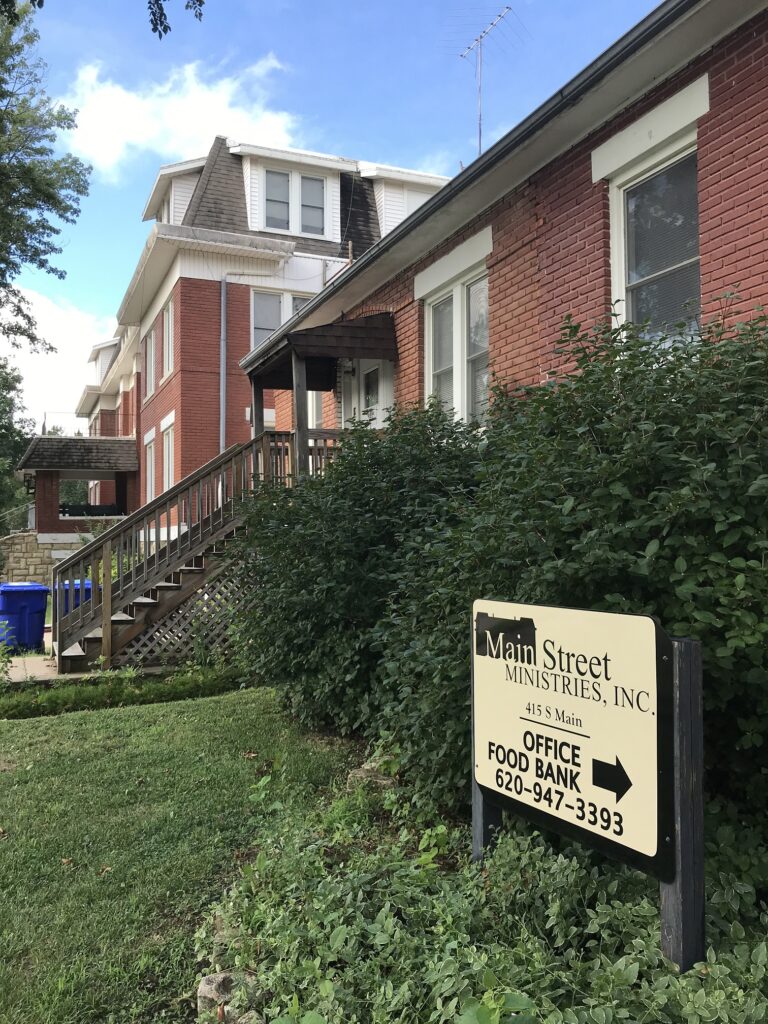 We are a non-profit corporation that is small in staff and budget, which requires us to be thoughtful and careful stewards of both people and finances.

We are a “faith based” organization, but take a very practical approach in how we endeavour to impact the families staying with us.  We offer a housing and healing opportunity for moms with young children in crisis.

We do not charge rent for the women and children who join us in residence, either in Emergency Shelter or our Transformation Program.  We encourage a year long stay, thereby affording us  the opportunity to get the appropriate supports on board and work toward replacing negative behaviors with ones that are more productive and positive.  Under current leadership, we apply an approach that is grounded in Trauma Informed Care, focusing on rehabilitating the whole person.  Care and attention are given to physical, emotional, behavioral, mental and spiritual health, while building connection and resilience.

We continue to manage a Food Bank as an intrinsic part of following through with our Mission Statement.  This allows for an outreach opportunity beyond the walls of the building and the lines that define our property.

Simply put, the 30/30 Vision will afford respect to the history of the mission, while preparing the property for another 30 years of service.  This will intentionally expand the current size of the ministry, while continuing to provide just and true stewardship to the building and the people impacted by the opportunities within.